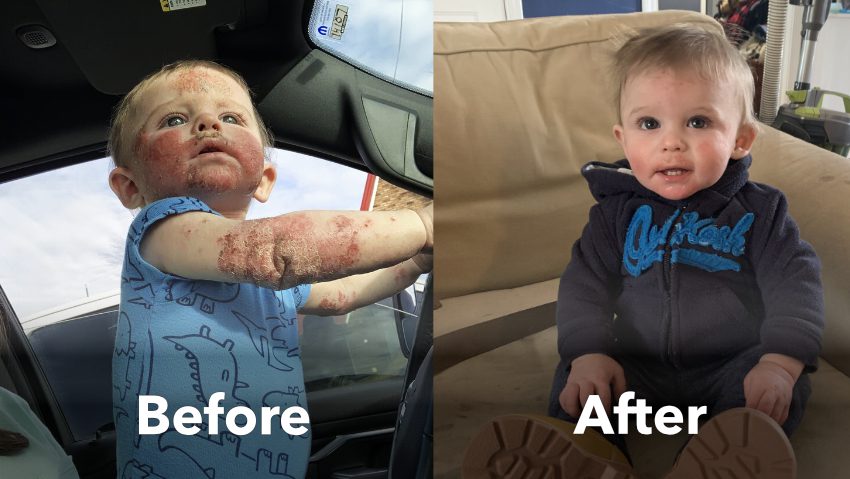 “Don’t Give Up!” An Open Letter To Moms With Children Suffering Eczema

==== I wrote this letter to Waxelene because I was so moved by what their product did for my family. I want to spread the word about what this amazing eczema treatment can do, so I asked them to share my story with you. YOU CAN WATCH MY VIDEO TESTIMONIAL below

To all the moms ready to give up on eczema,

I’ve been there. I know that feeling of helplessness more than you know. But I want to tell you that you can get your little one back, just like I did.

I can’t even begin to describe what a relief it is to have my baby boy back. How blessed I am to have something to stop his pain. I feel so much lighter now that my mom guilt has been lifted off my shoulders.

You see nothing comes before my children. So when there is something upsetting them I’m a mom on a mission to make them feel better. But my unconditional love and undying support almost weren’t enough when it came to my son’s eczema.

When he was just an infant he woke one morning with a raging red rash on his sweet little face. It brought tears to my eyes. The tears didn’t end there.

Months of sleepless nights ensued as my son itched and cried all night. I would find him with raw wounds every morning. His chapped skin would sting as I bathed him at night. 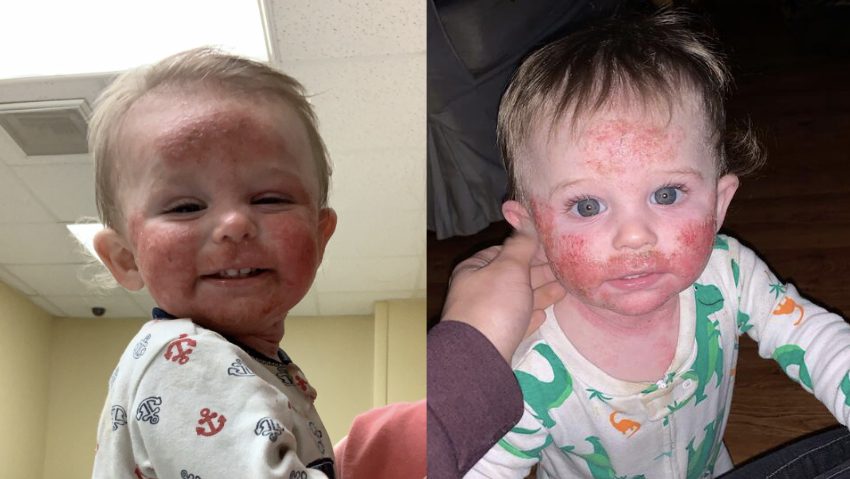 Seeing him so miserable was heartbreaking. Finding him some relief was no easier. My medicine cabinet began to overflow with all the drug store ointments and doctor prescribed cortisone creams that we tried.

Anything to stop his suffering.

We were in desperate need of a safe solution. And I found it in one of the last places I would have expected…

It was a talk show where I found my miracle. There was some actress talking about how she uses this stuff for her children. It was made of just four natural ingredients so I felt confident giving it a go.

Within TWO DAYS of using it non-stop, day and night, it’s like his itching just disappeared. Then within ONE WEEK we saw such amazing progress with his wounds healing properly.

I hadn’t seen his skin so clear since he was a newborn. 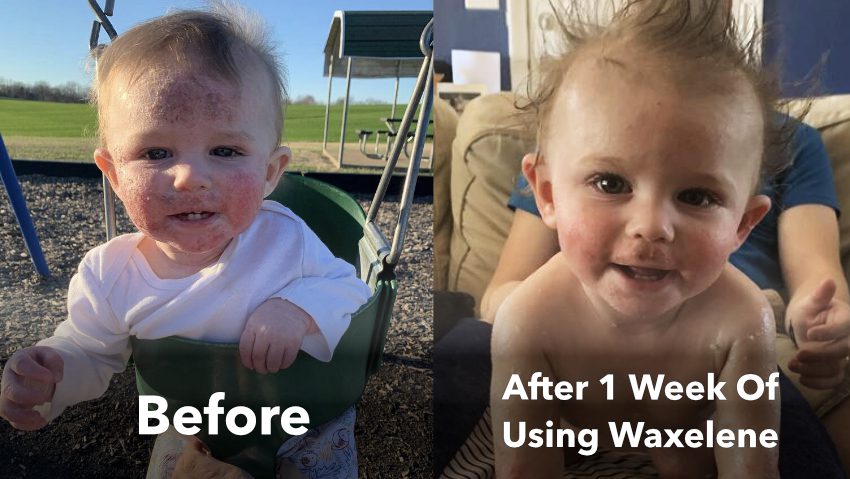 This was his lifesaver.

He didn’t itch like he used to and was finally able to do things that he wasn’t able to do beforehand.

After all those sleepless nights and painful days he finally slept a full night and wanted to play with other kids. At last we got to see our little baby boy’s personality and happiness 😌

The pictures of my son really say it all. The difference on his skin is night and day thanks to Waxelene’s Multi-Purpose Ointment.

I wrote this letter to Waxelene because I was so moved by what their product did for my family. I want to spread the word about what this amazing eczema treatment can do, so I asked them to share my story with you.

I hope you get to experience the same transformation we did.

The Multi-Purpose Ointment is fast-acting on eczema and psoriasis flare-ups. It provides lasting hydration to keep skin soft and healthy for long periods.

This ointment is silky smooth and made of just four natural ingredients. It is certified organic, petroleum free and hypoallergenic.

Safe for infants and children. What makes Waxelene's Multi-Purpose Ointment different to other treatments I have tried?

Our unique patented aeration process is what makes our Multi-Purpose Ointment a more effective treatment than others. By infusing air particles in the ointment, pores are not clogged and the skin is able to absorb air (which the skin needs to heal) and release toxins. The result? Eczema and psoriasis-prone skin is able to heal and stay hydrated for long periods.

How long will it take to see a difference in my skin?

What are the ingredients?

How long will it take to receive my order?

We aim to dispatch all orders within 1-2 business days.

We offer FREE Standard Ground Shipping for orders to the US including Alaska, Hawaii And Puerto Rico.

We also offer Expedited Shipping at an additional cost at checkout. Expedited orders are delivered within 1-2 business days after dispatch.

We do not offer international shipping at this point in time.

We offer a 100% Satisfaction Guarantee. If you don’t fall In love with your Multi-Purpose Ointment, send it back and we will refund your purchase – no questions asked!

What packaging do you use?

We use glass jars that are 100% recyclable.

How should I store my Multi-Purpose Ointment?

Room temperature out of the sun is best. If the weather is excessively hot then you can keep it in the fridge. You can store your Multi-Purpose Ointment like you would most cooking oils.

What other uses does the Multi-Purpose Ointment have?

Our Multi-Purpose Ointment is a family favorite because of all of its fantastic uses around the home, including: